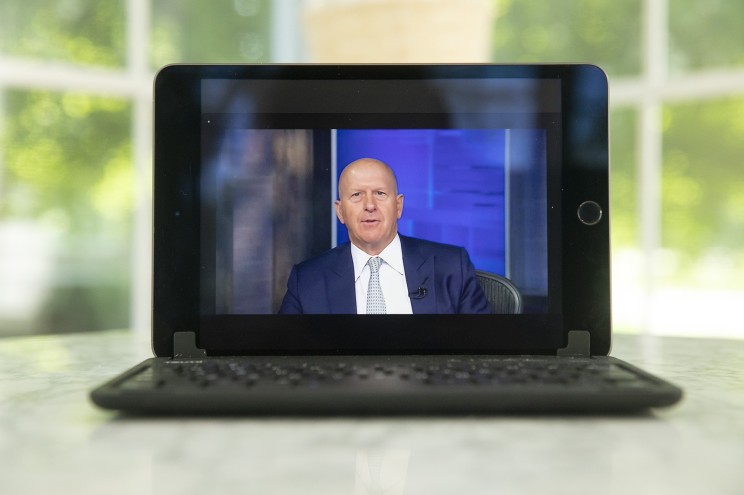 Goldman Sachs Chief Executive David Solomon has been clear that he thinks working from home is an aberration. But the bank he runs has quietly allowed people to continue to telecommute, On the Money has learned. At the bank’s headquarters at 200 West Street — where thousands of employees were called back to the office Feb. 1 — management is making concessions to some employees who say they are still “Covid conscious,” people familiar with the matter say. Still, pressure is on for people at Goldman to get that all-important face time with the big bosses. The bank had called people back to work in June, but then “encouraged” them to return to their home office as Omicron surged last month. Even then, around 20% of employees still came into the office, people familiar with the matter told On the Money. Now, with WFH a thing of the past, Goldman is trying to make concessions on a case-by-case basis when it comes to people who don’t want to return. The bank is the first major Wall Street firm to mandate all employees must receive a booster shot. But unlike competitors — namely Citibank — which will fire unvaccinated employees, Goldman isn’t taking such a strident stance. While the company didn’t draft a formal memo telling employees they can work remotely, most managers have relayed to their teams that the hard-nosed bank will be more accommodating if employees are truly worried about Covid. These exceptions are said to apply to a range of circumstances — including those with co-morbidities or those who live with elderly family members. Executives aren’t too worried about employees taking advantage of the loopholes, sources familiar say. “Goldman can get away with asking people to come in five days a week,” one source told On the Money of Goldman’s decision — and emphasized that most employees want to demonstrate commitment to their work. Meanwhile, the Feb. 1 return-to-the-office lacked the fanfare that Goldman previously showered on returning employees in June, but the office was still buzzing, people who were there in person said. All the food stations in the cafeteria at headquarters were reopened after a smaller offering of just a few food stations over the past few months. Goldman declined to comment, but a spokeswoman emphasized the company is eager to have its employees working in person. The return-to-office date also coincides with the date by which employees must be boosted. The bank has also implemented bi-weekly testing.