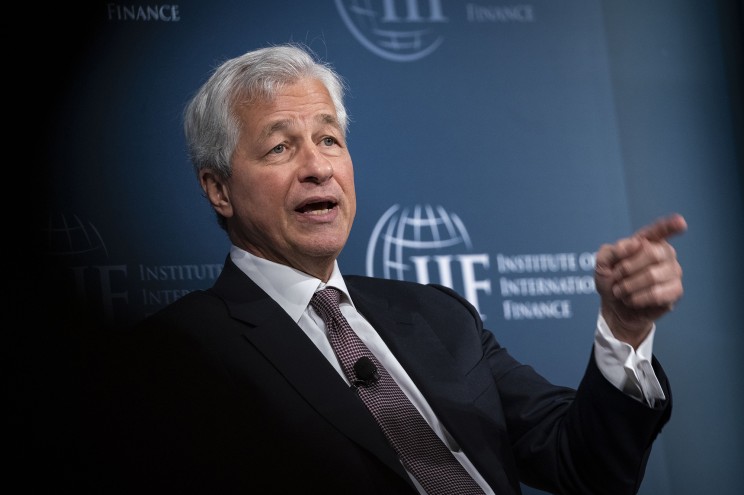 JPMorgan chief executive Jamie Dimon urged the White House to increase America’s energy independence — and proposed that it launch a “Marshall Plan” to build out domestic energy resources, The Post has confirmed. Dimon outlined his idea in a closed door meeting Monday at the White House with top administration officials including Treasury Secretary Janet Yellen and National Economic Council director Brian Deese — President Biden briefly stopped by as well, according to Axios, which first reported the news. The meeting also included notable representatives from the private sector including CEOs of major oil companies including ExxonMobil, ConocoPhillips, and Marathon Petroleum. “Post World War II there was a Marshall Plan to rebuild Europe — this is a similar moment in the sense that we need to urgency and ambition when it comes to developing America’s energy resources,” a source close to the situation told The Post. Short-term Dimon is pushing for complete energy independence while long-term he wants to keep his foot on the gas to address climate change, a source familiar adds. The plan for energy independence Dimon outlined at the meeting focused on four key changes, a source adds: · Increase natural gas production · Build out additional natural gas facilities in Europe to reduce the continent’s reliance on Russia oil · Invest in technology to reduce fossil fuel emissions at scale · Bring new renewable sources online and simplify the process to get new permits for wind and solar farms Every spring Dimon writes an annual letter to investors sharing his outlook on markets, politics and other global issues like climate change. The letter, expected to be released in April, will emphasize the need for America’s energy independence a source told The Post. Dimon’s pitch comes as gas prices soar and America looks to eliminate dependence on foreign energy sources. Earlier this month President Biden banned imports of Russian oil as the U.S. looks to cut off economic ties to the nation following Vladimir Putin’s invasion of Ukraine.