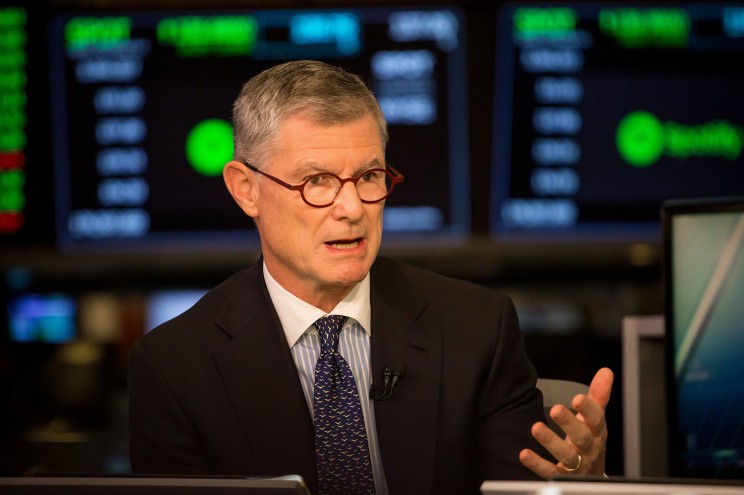 Peloton’s CEO is trying to quash rumors that the beleaguered fitness company will be sold to Amazon, Nike or Apple — even as he admits it’s not ultimately his call. “If I thought it was likely that the business was going to be acquired in the foreseeable future, I can’t imagine it would be a rational act to move across the country,” Barry McCarthy, who is moving from California to New York to lead the company, told the Financial Times on Monday. “There are lots of other things I could be doing with my time that are quite lucrative than hanging out with a business that’s about to be sold.” Peloton shares were down 4% in premarket trading on Monday after McCarthy’s comments were published. McCarthy was installed as CEO last week after founder John Foley stepped down and axed 2,800 jobs. But Foley is staying on as executive chairman of the Peloton board — and retains the majority of the company’s “supervoting” shares alongside other company insiders. That means any decision to sell the company would be out of McCarthy’s hands. “It’s not my vote,” McCarthy told the Financial Times of a potential sale. “It is, however, the vote of the shareholders, and I’m confident a large percentage of the votes will be cast in favor of my leadership of the business, which is why I agreed to step into the business in the first place.” While McCarthy — the former chief financial officer of Netflix and Spotify — has been in the Peloton C-Suite for less than a week, he’s already had a bumpy ride. On Wednesday, employees that had just been laid off reportedly crashed McCarthy’s first companywide meeting and accused the company of being “awfully tone deaf.” McCarthy was then forced to end the meeting early, CNBC reported. Beyond the internal strife, Peloton’s stock is still down 76% over the past year, as gyms have reopened and investors have soured on “stay at home” stocks that soared during lockdowns in 2020 and early 2021. Foley has admitted that Peloton overextended its production capacity during the pandemic — and insiders say the company is stuck with as much as two years of excess inventory of some of its bikes and treadmills. McCarthy’s plan to turn the company around will involve focusing on digital content, including potentially overhauling the company’s current $39-a-month subscription service with an “entirely different pricing structure,” he told the newspaper. He added that the company’s digital exercise content is “where the magic lives” — an attitude reflected by the fact that the company’s quasi-celebrity exercise instructors were apparently not affected by last week’s round of layoffs.