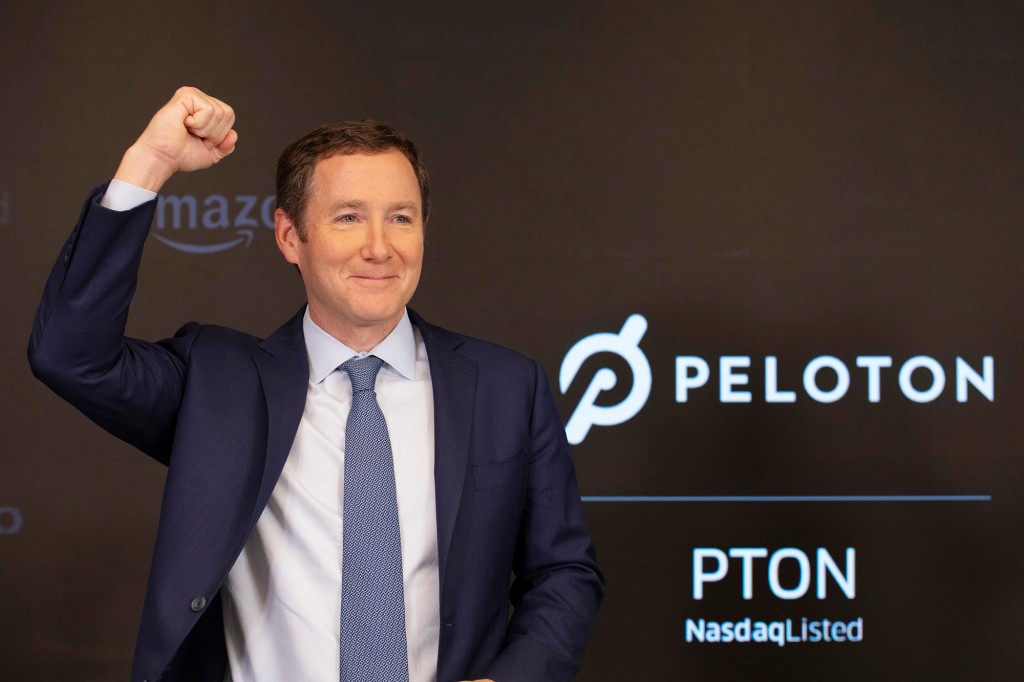 Peloton will replace its CEO, John Foley, overhaul its board and cut hundreds of jobs as it looks to reverse a severe downturn in its business — but an activist investor is already pushing back on the plan. Foley, who has faced widespread criticism over his leadership in recent months, will stay with Peloton as its executive chairman of the board. He co-founded Peloton and had served as CEO since its debut. Barry McCarthy, the former CFO of Spotify and Netflix, will replace Foley as Peloton’s CEO. He will also join the connected fitness company’s board of directors. The leadership overhaul may not be enough to placate Foley’s skeptics, including activist investor firm Blackwells Capital, which has publicly pushed for his ouster and for Peloton to sell itself to a tech giant. Blackwells Capital argued Foley has effectively given himself a promotion rather than stepping aside to allow fresh leadership for the struggling company. “Peloton CEO John Foley naming himself Executive Chairman and hiring a new CFO does not address any of Peloton investors’ concerns,” Blackwells chief investment officer Jason Aintabi said in a statement. “Mr. Foley has proven he is not suited to lead Peloton, whether as CEO or Executive Chair, and he should not be hand-picking directors, as he appears to have done today.” Blackwells said it intends to exercise its right to review Peloton’s books and company records. The C-suite shakeup also impacted Peloton president William Lynch, who will step down from that position and transition to a role as a non-executive board director. Foley’s wife, Jill, who had served as Peloton’s vice president for apparel, will also exit her role in the months ahead. “These leadership changes are the culmination of a succession planning process that the Board and John have worked on together over the last several months,” a Peloton spokesperson said. Aside from the leadership shakeup, Peloton will lay off approximately 2,800 employees as demand for its products slows from its peak in the early days of the COVID-19 pandemic. The cuts account for roughly 20% of Peloton’s corporate workforce, but will reportedly not impact the trainers who host its virtual workouts. Peloton said the changes will “not impact the member experience.” The company is reducing its planned capital expenditures by $150 million in 2022. “The company’s roster of instructors is foundational to the user experience, and Peloton will continue to invest in its content creators for the benefit of its loyal and growing community of 6.6+ million Members,” the company said. Peloton shares were down more than 6% in premarket trading on the report. Company representatives did not immediately return The Post’s request for comment. see also “The choices we’ve made today, some of which were very difficult, will help us get closer to creating a more focused, stronger Peloton for tomorrow,” Foley said in an open letter to employees. The overhaul of Peloton’s operations comes as the company explores a potential sale. Apple, Amazon and Nike are among the firms rumored as potential suitors. The outgoing CEO and other Peloton insiders still control more than 80% of the company’s shares and would have to support a sale for it to proceed. “We are open to exploring any opportunity that could create value for Peloton shareholders,” the outgoing CEO told the Wall Street Journal, which was first to report on the shakeup. Peloton’s market value surged at the outset of the COVID-19 pandemic as homebound Americans bought its bikes and treadmills to stay in shape during lockdown. But demand for the company’s products has considerably slowed as states reopen and the company’s stock is down roughly 80% over the last 12 months. CNBC reported last month that Peloton was temporarily halting production of its bikes and treadmills due to a “significant reduction” in demand. The Post reported Peloton was delaying the opening of its $400 million factory in Ohio from 2023 to 2024 due to a backlog of inventory. Those reports drew a sharp response from Foley, who admitted Peloton was “resetting our production levels for sustainable growth” but called reports of a full pause “false.” He also said Peloton was pursuing legal action against a “leaker” who provided details of its plans to the press. see also Foley drew scrutiny from both external and internal critics during the downturn in the company’s fortunes. Last month, Blackwells Capital ripped Foley in an open letter and called for him to be replaced due to what it described as his “repeated failures to effectively lead.” “Remarkably, the Company is on worse footing today than it was prior to the pandemic, with high fixed costs, excessive inventory, a listless strategy, dispirited employees and thousands of disgruntled shareholders,” the letter said. As The Post previously reported, company insiders have grumbled about Foley’s leadership for months. In December, Foley held an invite-only holiday party for Peloton instructors, even as the company froze hiring and canceled a companywide event. The move prompted a Peloton insider to note “company morale is at an all-time low.”