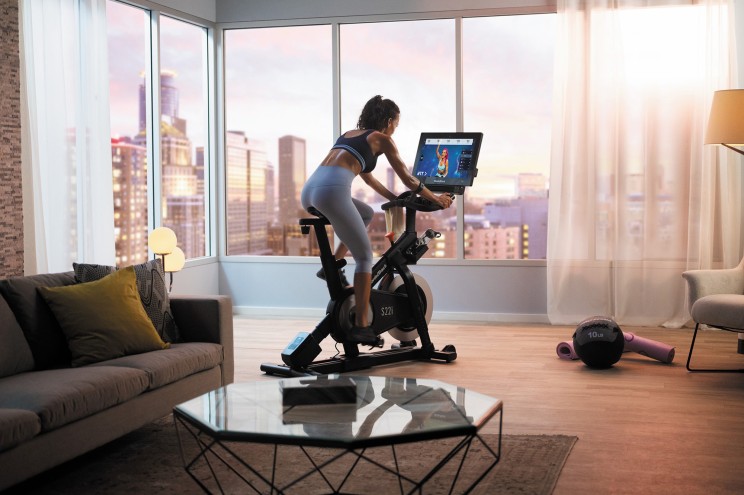 The maker of NordicTrack exercise bikes has been slapped with a $300 million lawsuit that threatens to force the company toward bankruptcy, The Post has learned. iFIT Health & Fitness – which scrapped plans to go public in October after archrival Peloton revealed pandemic-driven demand for exercise bikes was tanking — has been sued by a key lender over a deal the company has quietly cut to acquire a manufacturing partner, according to an explosive lawsuit. The suit by Pamplona Capital Management — a hedge fund that lent iFIT $200 million in 2019 — claims that the deal with the unnamed manufacturer in China violates its loan agreement as it includes handing out an equity stake in NordicTrack’s maker, according to court papers and sources familiar with the situation. Martin Schwab, a Pamplona executive who sits on iFIT’s board, objected to the deal after learning about it at a Dec. 8 board meeting but was rebuffed, according to the suit filed Jan. 18 in New York state court and sources close to the situation. Schwab declined to comment. Insiders say the suit — which is demanding $100 million in interest in addition to the principal of its $200 million loan — comes as iFIT’s finances have already apparently been thrown into chaos. The IPO — cancelled at the last minute because of “adverse market conditions” — was planned to raise $650 million. iFIT has since continued to burn cash as demand for exercise bikes has dwindled, sources said. IFit recently tapped investment bank Lazard to help arrange new financing, sources added. Bankruptcy attorneys at the company’s longtime legal adviser Weil Gotshal, including legendary restructuring lawyer Ray Schrock, also have recently been hired, according to a source close to the company. “They are short on cash and it’s a matter of months before it runs out,” the source speculated. IFIT declined to comment. Weil Gotshal and Lazard did not immediately respond to requests for comment. Early last year, iFit had tapped Olympic gold medalist Michael Phelps as brand ambassador and launched an aggressive marketing campaign. Its employee ranks swelled to 2,500, according to the IPO filing. But shortly before Christmas, iFIT enacted surprise layoffs for hundreds of software, marketing and home delivery employees, according to news reports and social media postings. One iFIT employee griped on Reddit that employees weren’t even offered severance. In its IPO prospectus last year, iFIT said that despite revenue more than doubling to nearly $1.8 billion in the fiscal year ended May 31, its losses ballooned to more than $500 million, leaving less than $600 million on its balance sheet. Founded in Utah in 1977 by billionaire Scott Watterson, iFIT recently has been locked in multiple lawsuits with Peloton over intellectual property, with each accusing the other of copycat tactics. But most recently, they’ve both been clobbered by fast-shrinking demand for home-exercise equipment. Last week, Peloton’s embattled CEO John Foley denied media reports of a manufacturing halt due to sagging demand. “Both companies have a post-pandemic hangover and are no longer able to hit their past growth rates,” said a source close to iFit.