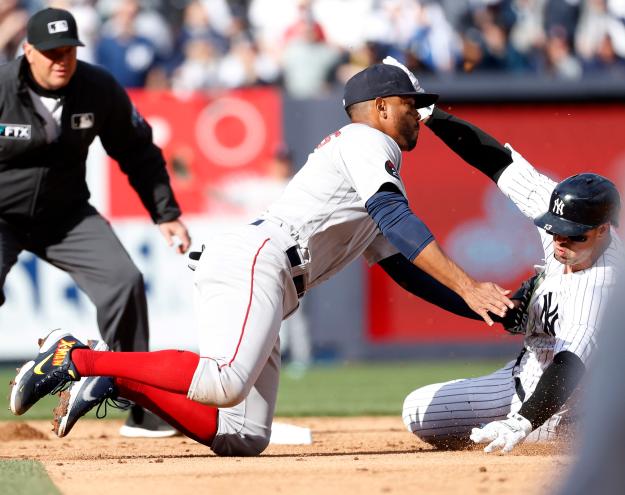 The Boston Red Sox have gotten off to a slow start this season, but the Yankees’ hated rival has pulled ahead of the Bombers in the lucrative streaming wars. Red Sox fans can now cut the cord after the regional sports network that broadcasts their games announced the launch of a stand-alone streaming subscription Wednesday — becoming the first to allow a professional sports team to bypass a cable subscription. The New York Yankees are working on a similar product but are not ready to launch it yet, a source familiar with the situation told The Post. Starting Wednesday, Boston fans will be able to pay $29.99 per month, after an introductory $1 for the first month, to watch the baseball games on an app from the New England Sports Network (NESN). They will see the same broadcast that will be available on cable, NESN said in the surprise announcement. Red Sox owner John Henry’s Fenway Sports Group owns the regional sports network, which airs Red Sox and Bruins games. The Sox are offering eight free Red Sox tickets if people sign up for one year at $329.99. The Yanks are angling to provide a similar option for YES, their regional sports network (RSN), which also airs the NBA’s Brooklyn Nets. The 27-time World Series champs did strike a deal to air 21 games this season exclusively on Amazon Prime in its home market, circumventing the cable providers. But the product it is working on would be for a full season without a cable contract, the source said. NESN’s decision is part of a movement, especially in baseball, to stream games over the internet — called over-the-top or OTT — because ratings have nosedived in part due to cord-cutting. “I think the Red Sox present a great research opportunity to collect some data on consumer habits and demand,” said Greg Bouris, Sports Management Program Director at Adelphi University and former communications director for the MLB. Cable providers have placed sports content on paid tiers, instead of basic cable, cutting down on viewership and team rights fees. “I suspect MLB owners and RSNs are hoping the cable model transfers to the streaming world,” Bouris said. “That ecosystem relies upon one another and it could be a classic example of the whole being greater than the sum of its parts. I’m not sure any of the three want to roll the dice on the a la carte model just yet.” MLB has considered launching its own in-market steaming service as early as next year. Currently, it offers OTT for out-of-market games but not for games played at home. Sinclair Broadcasting, another RSN, is planning to fully launch an in-market streaming service in the third quarter called Bally Sports+ that will air Kansas City Royals, Tampa Bay Rays, Miami Marlins, Detroit Tigers and Milwaukee Brewers games in their home markets for $18.99 a month. The Chicago Cubs have also been in talks with Sinclair, which owns broadcast rights to 14 teams, to launch a streaming service for customers without a cable or satellite-TV subscription, The Post reported exclusively in February. Sinclair will start streaming NBA games for 16 teams in-market next season without a cable subscription, and has a similar agreement with the NHL.