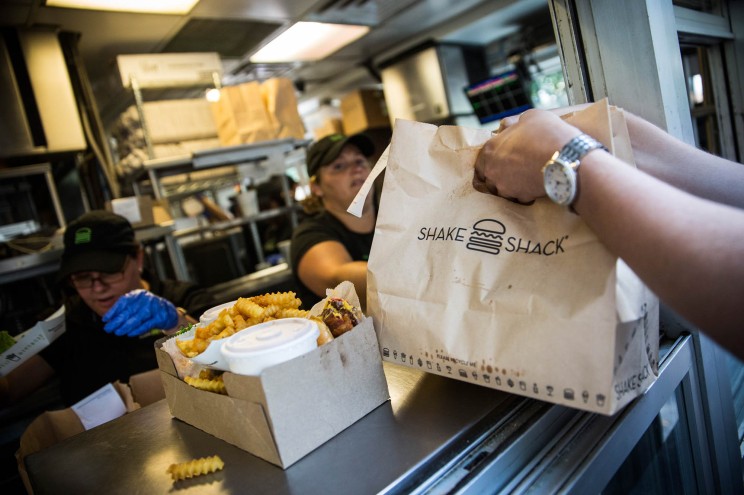 Shake Shack forecast first-quarter revenue below estimates as the fast-spreading Omicron variant kept diners away and led to temporary restaurant closures, sending the burger chain’s shares down as much as 10% before rebounding to a drop of 3% Friday afternoon. Benefits from easing COVID-19 Delta infections were short-lived for Shake Shack as the Omicron wave that soon followed dissuaded customers from venturing out, infected staff and set back the recovery of urban-centric restaurants. “Drivers of our business such as office returns, events, travelers and the general gathering of people that contribute to Shake Shack’s best results (turned) downward,” Chief Executive Officer Randy Garutti said during an earnings call. Shake Shack forecast first-quarter revenue of $196 million to $201.4 million, compared with analysts’ average estimate of $210.9 million, according to Refinitiv IBES. “We saw a more acute impact on SHAK sales from Omicron than its more geographically diversified peers … expectations were just too optimistic and underestimated the Omicron impact,” M Science analyst Matthew Goodman said. Rising paper and food expenses, as well as labor costs, have also put a squeeze on Shake Shack’s margins. Credit Suisse analysts noted the company’s margin forecast was also below consensus estimates. To protect its margins, Shake Shack will jack up prices in March and increase its third-party delivery menu prices, Garutti said. The company in October raised prices by 3% to 3.5%. Nearly every US restaurant, including Chipotle and McDonald’s, has also raised prices. In the fourth quarter ended Dec. 29, same-store sales in Shake Shack’s urban restaurants, which account for over half of its topline, declined 4% as many city dwellers moved to suburbs during the pandemic. However, that helped comparable sales at suburban restaurants gain 9%. Shake Shack also pointed to a sales improvement in recent days, with monthly comparable sales through Feb. 15 jumping 13%, versus a 2% rise last month.