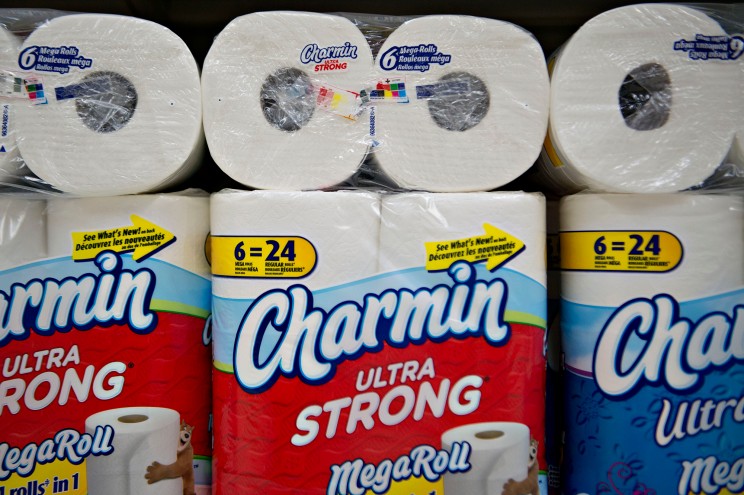 Toilet paper rolls have fewer sheets than they had last year — but prices are not going down. As major corporations raise their prices on everything from detergent to diapers, consumer watchdogs have spotted that the sizes of products are simultaneously shrinking. Downsizing is especially prevalent in the paper products category, they say. Think toilet paper and paper towels. Even Mr. Whipple might agree that there’s a lot less to squeeze these days in a package of Charmin toilet paper, ConsumerWorld.org reports. The iconic Procter & Gamble brand recently removed scores of sheets from its “Super Mega” and “Mega” rolls, which downsized to 366 double-ply sheets from 396 and to 244 from 264 sheets, respectively, according to the advocacy group. Over the past 60 years, a single roll of Charmin toilet paper, which started out at 650 single-ply sheets, has shrunk by 90%, the group found. The slimmer rolls today “amounts to losing the equivalent of about a roll and a half in the new 18-count package,” Edgar Dworsky, editor of the website and a former assistant attorney general in Massachusetts, told The Post. Dworsky found that another major toilet paper brand is in the process of downsizing its rolls, which he will reveal in a report next week. The Charmin shrink is being rolled out right now, he added. ConsumerWorld.org doesn’t track prices, but Dworsky said that when products shrink, consumers generally pay more for less product, or about the same for less product. “Raising prices is a euphemism for shrinking the product,” Dworsky noted. “If a company can shrink the package and charge the same price, that in essence is a price increase to the consumer who has to buy the product more often.” Meanwhile, Procter & Gamble has been hiking prices over the past year and just did so at the end of February and plans to raise prices on various products again in April, the company said on an earnings call in January. The company did not immediately respond for comment about the toilet paper report. “There is a cost element to innovation — adjusting the count per pack or the package size is one way of reinvesting in this innovation while maintaining a competitive price point,” the company told CNN.com. It also said it tailors product sizes to different retailers. So rolls may have shrunk at some stores but not others. In January the company said it would spend $2.8 billion more on commodity, freight and foreign exchange costs in this fiscal year — about $500 million more than it forecast last quarter.