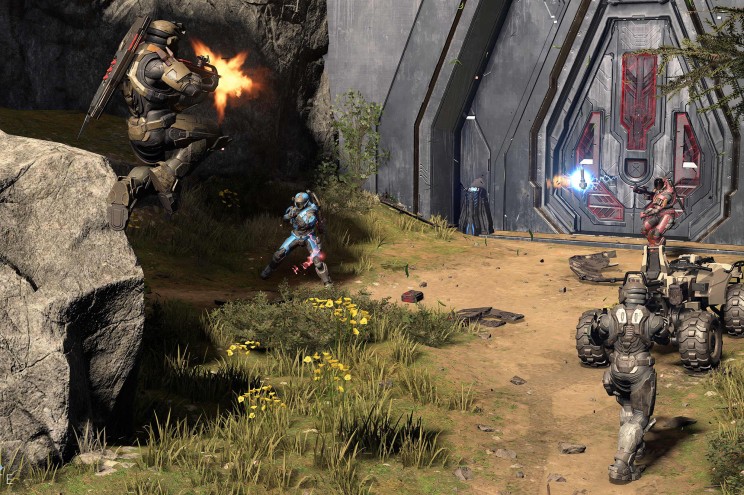 Sony is buying prominent video game developer Bungie for $3.6 billion – a blockbuster deal that underscores the intense competition between the PlayStation maker and its chief rival, Microsoft. Bungie is best known as the original creator of Xbox’s “Halo” franchise and the popular “Destiny” series. The developer will be an “independent subsidiary of Sony Interactive Entertainment” once the transaction closes, according to Sony. Sony announced the deal just days after Microsoft acquired Activision-Blizzard, the maker of popular video game franchises such as “Call of Duty” and “World of Warcraft,” in a deal valued at $69 billion. The tech giants are scrambling to snap up popular developers in the video game sector while competing for customers – especially as the concept of an integrated “metaverse” gains traction. “We’ve had a strong partnership with Bungie since the inception of the Destiny franchise, and I couldn’t be more thrilled to officially welcome the studio to the PlayStation family,” Sony Interactive Entertainment CEO Jim Ryan said. “This is an important step in our strategy to expand the reach of PlayStation to a much wider audience.” Sony shares rose more than 4 percent following the announcement. A former Microsoft subsidiary, Bungie created “Halo,” one of Xbox’s first flagship franchises, and served as its lead developer until 2010. Bungie split from Microsoft in 2007 and began operating as an independent studio, while Microsoft retained IP rights to the “Halo” franchise. Bungie later entered into a long-term publishing deal with Activision, but ended the deal in 2019. The studio’s current project, the multiplayer shooter Destiny 2, has developed a large player base. Bungie said it “is focused on developing the future of the Destiny universe and new worlds to come.” “Both Bungie and SIE believe that game worlds are only the beginning of what our IP will become,” Bungie CEO Pete Parson said in a statement. “Our original universes have immense potential and, with SIE’s support, we will propel Bungie into becoming a global multi-media entertainment company dedicated to delivering on our creative vision.” Consolidation in the video game sector has intensified in recent years. Microsoft’s acquisition of Activision Blizzard ranked among the largest deals in the history of the tech industry. In a separate deal earlier this month, Take-Two Interactive acquired mobile game developer Zynga for $12.7 billion.