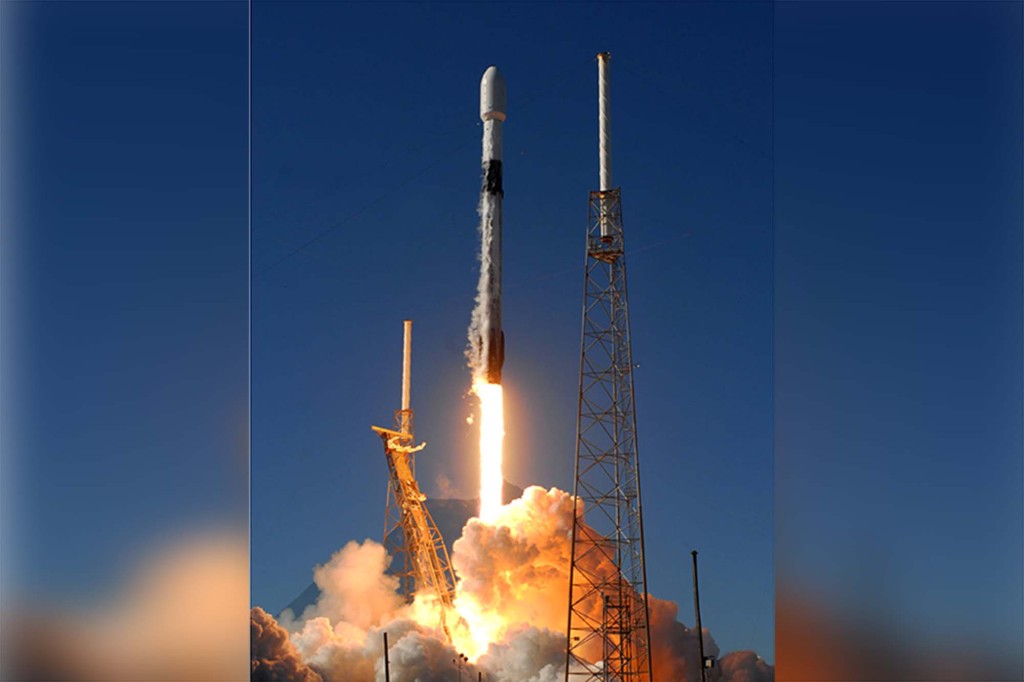 Elon Musk’s SpaceX was forced to abort a planned rocket launch this weekend after a cruise ship sailed too close to the mission. Less than a minute before the SpaceX Falcon 9 rocket was set to take off from the Cape Canaveral Space Force Station in Florida on Sunday, an operator announced it would be held due to a “ship in the hazard area.” “We did have a cruise liner making its way toward the ‘no-go’ zone that the Coast Guard was unable to clear out,” SpaceX production manager Jessie Anderson said during a live broadcast. “As we mentioned, we do have a backup opportunity tomorrow, so we will try one more time tomorrow. The vehicle is still healthy, the payload is healthy, everything was looking good for an on-time liftoff today aside from the range,” she added. The rocket launch, which will send an Earth observation satellite to the Italian Space Agency, had already been called off three times due to inclement weather conditions. SpaceX said it is “setting up for next opportunity tomorrow, January 31 at 6:11 p.m. EST.” A Port Canaveral spokesperson said the Coast Guard is investigating the incident, Florida Today reported. Two Royal Caribbean cruise liners were set to leave the port on Sunday, but it’s unclear if either ship was the one that entered the “no-go” zone. The delay occurred near the start of what is expected to be a busy year for SpaceX. Musk’s firm is scheduled to launch 52 missions in 2022, the most since the company was founded in 2002. SpaceX’s increased activity has drawn scrutiny from international officials. European Space Agency director-general Josef Aschbacher accused Musk of effectively “making the rules” in space through its rapid buildup of active satellites, while Chinese officials lodged a formal complaint with the United Nations, alleging China’s space station had to take evasive action to avoid a near collision with a SpaceX satellite.