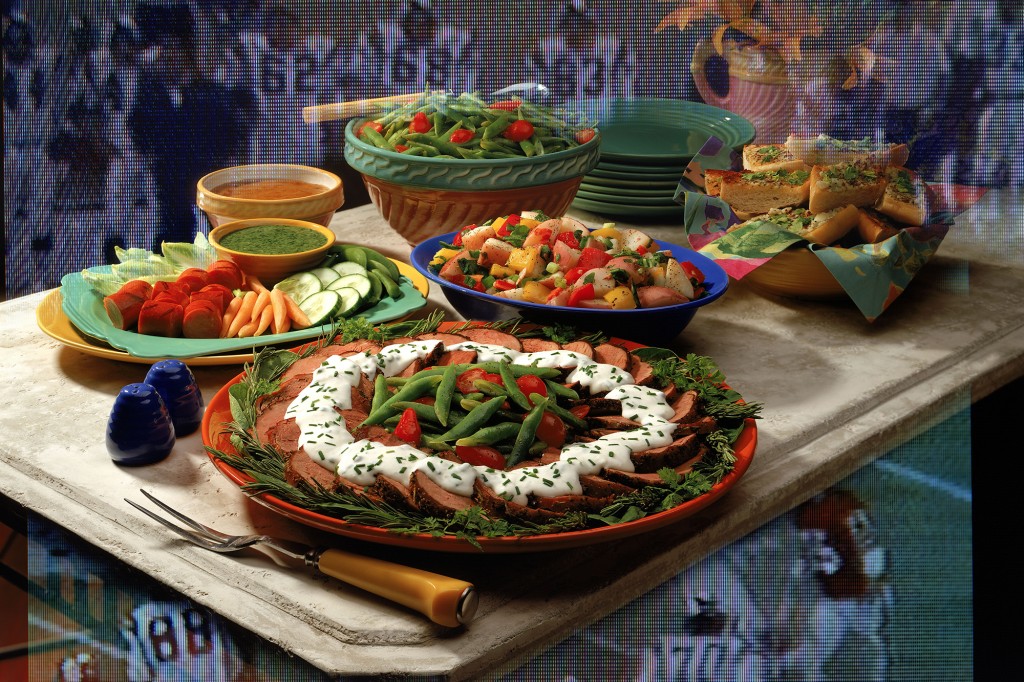 Super Bowl party spreads could be much more expensive than usual this year thanks to inflation, according to a recent analysis. Shopping lists for the football feasts are likely to cost between 8 percent to 14 percent more than they did one year ago, according to economists at Wells Fargo. “You’re gonna find some bargains, especially around chips and guacamole and some fresh fruits and vegetables, but right around proteins, especially steak, hamburgers and chicken wings, it’s going to be very expensive this year,” Wells Fargo Chief Agricultural Economist Michael Swanson said. Popular meat items such as hamburgers and chicken wings have ballooned in cost during the COVID-19 pandemic, as the country contends with supply chain disruptions, labor shortages and shipping delays. Inflation hit a four-decade high of 7 percent in December, according to the Consumer Price Index. “It’s not that we have a lack of food ingredients that’s pushing up food prices here in the United States. We’re very blessed to have all the product we need. It’s that labor in the factories, on packaging and transportation have all really shot up,” Swanson added. Cost-conscious shoppers may want to rethink proteins as the centerpiece of their Super Bowl spread. Prepared chicken wings are 14 percent for expensive for the bone-in variety and 26 percent more expensive for the boneless variety. Steak is 23 percent pricier than it was one year ago. Ground hamburger meat is up 17 percent year-over-year. Swanson suggests pork as a slightly cheaper alternative, noting prices are up just 7 percent year-over-year. Snacks – even the healthier ones – could be a more sensible alternative. Wells Fargo notes that avocado and guacamole prices are up just one percent compared to last year. Potato chips are also up about one percent, while many vegetables are flat or slightly less expensive. “If you’re going to feature fruits and vegetables, potato chips, you’re going to get a good bang for your buck. Those are some ways to stretch that dollar,” Swanson said. Beer and wine are also relatively affordable, with prices respectively up 4 percent and 3 percent. Wells Fargo based its analysis on federal data from the Bureau of Economic Analysis and the Bureau of Labor Statistics, as well as Nielsen Scanner data. The institution did not immediately return a request for comment.