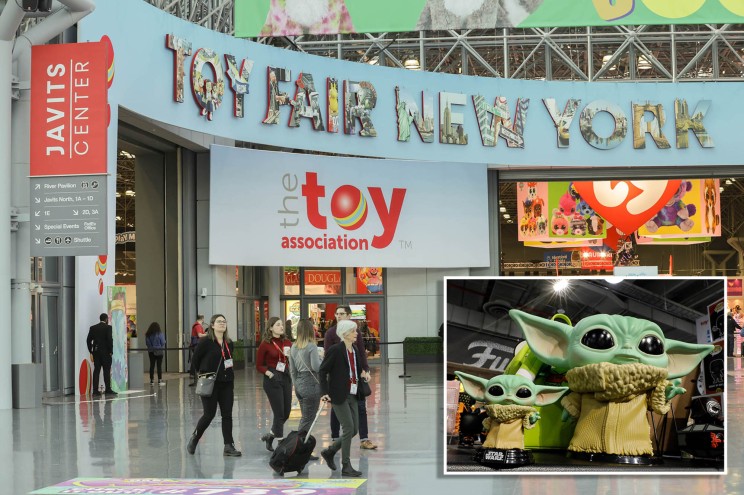 The toy industry’s biggest trade show — which attracts 1,000 vendors from around the world and which has been in New York for more than a century — could pick up stakes and leave town, The Post has learned. After two canceled shows due to the pandemic, industry honchos are considering changes to the Toy Fair, sources told The Post: One option is to move the annual trade show to the fall instead of its typical February date. The other option is to leave the Big Apple altogether, sources told The Post. The Toy Association is in discussions with Jacob K. Javits Convention Center about the move, group spokesperson Adrienne Appell confirmed. “We’ve been adamant that every aspect of Toy Fair is on the table and open for change to make certain it serves the industry both today and for years to come,” Toy Association CEO Steve Pasierb said in a statement to members last week. The association has discussed moving the show from its February date – it has been held in February since 1987 – to later in the year for some time, Appell said, but the pandemic accelerated the process. Manufacturers say showing their newest toys in the peak holiday period — when they will get more media attention — makes more sense than waiting until February after the biggest season for toys is over. What’s more, the role of the trade show is changing, they say. Big retailers and toy makers have found new ways to connect during the pandemic that don’t involve traveling to see each other in person. “In the past, you might make a grueling trip to Bentonville, Ark. [where Walmart is based] to show just one new toy for maybe 20 or 30 minutes,” said one toy executive who did not want to be identified. “Now we’ve been doing that all on Zoom.” The Javits Center declined to comment. If it can’t accommodate a fall date for the Toy Associations annual show, the largest toy trade fair in the Western Hemisphere could decamp to another city, including Las Vegas, Orlando or Chicago, an insider told The Post. In January, the Feb. 19-22 show was canceled for the second year in a row due to the pandemic. The Toy Association board on Feb. 18 is set to meet to map out the event’s future. “There is a hundred-year history here, so we are carefully discussing,” all of the implications of moving the show, Appell said.