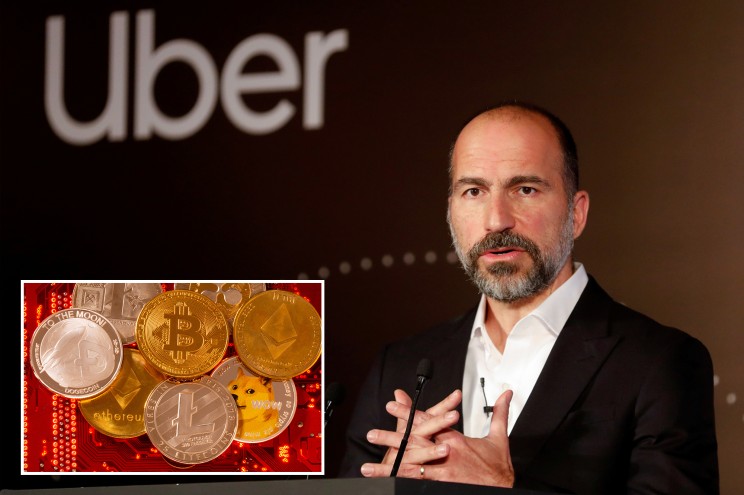 Uber customers will eventually be able to use bitcoin to pay for their trips, according to the ride-hailing app’s top boss – though the company is waiting for a couple of improvements before it gives the green light. Uber CEO Dara Khosrowshahi said the company is “having conversations all the time” on whether it should begin to accept cryptocurrencies as a form of payment. “Is Uber going to accept crypto in the future? Absolutely, at some point,” Khosrowshahi told Bloomberg. The executive cited a couple of key obstacles that have kept Uber from jumping on the cryptocurrency bandwagon. He pointed to the environmental impact of cryptocurrency mining – which requires an enormous amount of electricity – as well as steep costs for exchanges involving digital assets. Given the obstacles, Khosrowshahi said it “isn’t the right point” for Uber to get involved. “As the exchange mechanism becomes less expensive, becomes more environmentally friendly, I think you will see us lean into crypto a little bit more,” he added. Critics have expressed concern about the volatility as cryptocurrencies when considering digital assets as a form of payment. The price of bitcoin was $42,628 as of Friday afternoon, down considerably from its all-time high of $69,000 in November. Major companies have been slow to accept cryptocurrencies during transactions, though momentum for the practice has grown in recent years. Microsoft began accepting bitcoin as a form of payment in its online store back in 2014. In January, Tesla began accepting the crypto meme token Dogecoin for some merchandise in its online store. Elon Musk, the company’s founder, is a longtime tout of bitcoin, Dogecoin and other cryptocurrencies Musk has also nudged other companies to follow his lead. Last month, the billionaire said he would agree to eat a Happy Meal on television if fast-food giant McDonald’s started accepting Dogecoin.