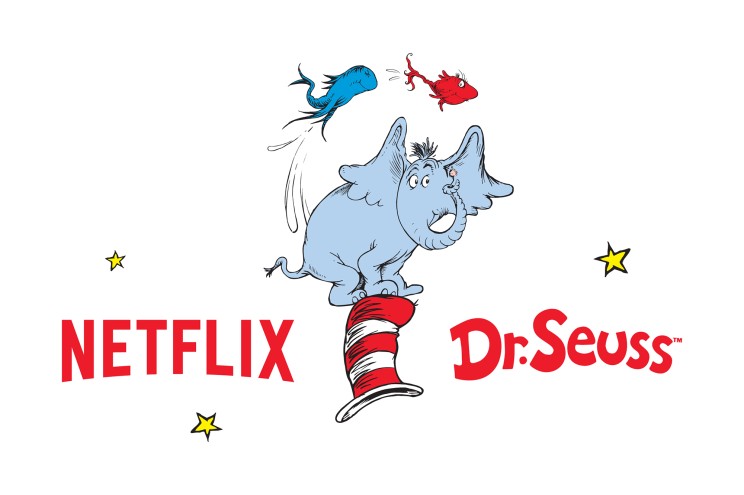 Netflix is “uncanceling” Dr. Seuss a year after six of the author’s famous children’s books were forced out of print due to allegedly racist imagery. The streaming giant announced on Tuesday that it was developing five new animated series for preschoolers based on famous Seuss books including “Horton Hears a Who!”; “The Sneetches”; “Wacky Wednesday”; “Thidwick The Big-Hearted Moose”; and “One Fish, Two Fish, Red Fish, Blue Fish.” The project is the latest collaboration between Netflix and Dr. Seuss Enterprises. In 2019, Netflix released an animated version of “Green Eggs and Ham,” the second season of which is due out on April 8. Netflix said that the new installments for preschoolers will “explore themes of diversity and respect for others all told through fun and engaging stories that incorporate the whimsical humor, distinctive visuals and rhythmic style of Dr. Seuss.” “Dr. Seuss Enterprises is proud of the collaborative relationship we share with Netflix,” said company president and CEO Susan Brandt. Last year, DSE halted the publishing of six works of Dr. Seuss over concerns that it contained imagery deemed by some to be racist. The company said it scrapped six books — “If I Ran the Zoo”; “And to Think That I Saw It on Mulberry Street”; “McElligot’s Pool”; “On Beyond Zebra!”; “Scrambled Eggs Super!”; and “The Cat’s Quizzer” — because they “portray people in ways that are hurtful and wrong.” Theodor Seuss Geisel, the real-life author behind the Dr. Seuss series, remains one of the world’s most popular children’s authors three decades after his death. But his books have come under fire by some in recent years for how they portray black people, Asian people and other groups. “If I Ran the Zoo” was criticized for depicting Africans as “potbellied” and “thick-lipped,” as one biography of Seuss put it. It also describes Asian characters as “helpers who all wear their eyes at a slant” from “countries no one can spell,” notes a 2019 paper on Geisel’s work published in the journal Research on Diversity in Youth Literature. And “Mulberry Street,” the first children’s book Geisel published under his pen name, contains a controversial illustration of an Asian man holding chopsticks and a bowl of rice whom the text called “A Chinese man Who eats with sticks.” Earlier this month, DSE announced that it had hired an “inclusive” team of writers and artists from “diverse racial backgrounds” to edit a series of unseen sketches drawn by Dr. Seuss that will serve as the basis for a new line of books.