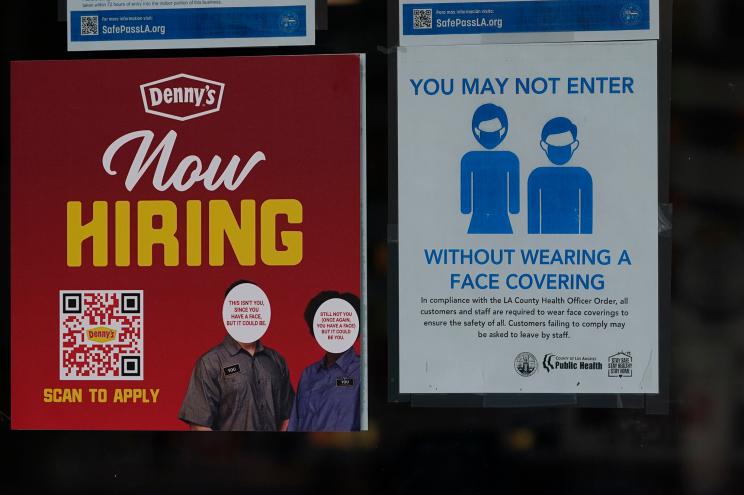 US hiring remained solid in March, as employers added 431,000 jobs despite concerns over the impact of rampant inflation and tensions over the Russia-Ukraine war. The unemployment rate fell to a fresh low of just 3.6%, down from 3.8% in February. Unemployment is approaching its level prior to the onset of the COVID-19 pandemic in February 2020, when the national rate hovered at 3.5%. Labor force participation was 62.4% in March, or within one point of its pre-pandemic level. The gains in nonfarm payrolls occurred in several sectors, with upticks in hiring for leisure and hospitality roles, professional and business services, retail and manufacturing. The March report, while healthy, came in slightly below hiring projections. Economists expected the economy to add 490,000 jobs and for unemployment to hit 3.7%. US employers have added at least 400,000 jobs for 11 straight months — the first time that’s happened in decades. Hiring remained robust as COVID-19 cases declined around the country following the Omicron wave. But companies are contending with inflation that hit a four-decade high of 7.9% last month, prompting the first interest rate hike in three years from the Federal Reserve and triggering fears of a potential recession. After months of strong growth, the US labor market is likely to cool in the days ahead as inflation takes its toll, according to Bankrate senior economic analyst Mark Hamrick. “Emboldened by exorbitantly high inflation, a hawkish Federal Reserve feels compelled to slam on the brakes. It is hard to imagine how tightening doesn’t ultimately affect the job market,” Hamrick said. While tight labor conditions have led to higher pay for workers, inflation has consistently outpaced those wage gains. Average hourly earnings were up 5.6% percent in March compared to the same month a year earlier. The Russian invasion of Ukraine has contributed to higher gas prices for US motorists, who were paying record amounts at the pump in March. The escalating war is stoking concerns about a destabilized global economy, including further disruptions to supply chains. Still, recent hiring figures demonstrate how US businesses have bounced back from a pandemic that forced many to shut down or cut back on operations just months ago. The February jobs report was revised upward to 750,000 additions — up from the 678,000 that was initially announced.