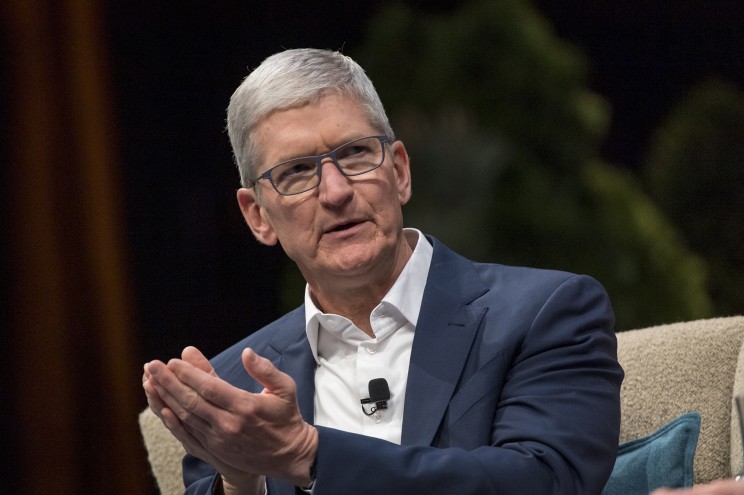 Apple has suspended product sales in Russia and removed Russia-linked news networks from the App Store in response to the invasion of Ukraine, according to the company CEO. Tim Cook circulated an email to his employees detailing the company’s plans to aid in the humanitarian relief efforts for Ukrainians suffering from the Russian military invasion of their country. “I know I speak for everyone at Apple in expressing our concern for all of those affected by the violence,” Cook told his employees in the email, which was obtained by The Verge. “With each new image of families fleeing their homes and brave citizens fighting for their lives, we see how important it is for people around the world to come together to advance the cause of peace.” As the tech giant scales back operations in Russia, Apple Pay will only have limited service in Russia while Russia-linked news outlets like RT News and Sputnik News will not be available for download from the App Store outside of Russia, according to Cook. American users who tried to download the RT app late Tuesday were told “this item is no longer available.” “This moment calls for unity, it calls for courage, and it reminds us that we must never lose sight of the humanity we all share,” Cook wrote. “In these difficult times, I take comfort in knowing that we are united in our commitment to each other, to our users, and to being a force for good in the world.” While Apple has no official stores in Russia, its devices are sold widely through third-party vendors. Cook announced that Apple would be donating to charities helping Ukrainians affected by the war. The company will “match [employee] donations at a rate of 2:1 for eligible organizations,” according to the CEO. Apple has also been trying to assist employees based in Ukraine, Cook wrote. Apple told reporters earlier this week that it had “stopped all exports into our sales channel in the country” starting last week, meaning that stores in Russian cities could soon run out of iPhones. In addition, Apple is removing the traffic and “live incidents” features from Apple Maps in Ukraine in what it said was a “safety and precautionary measure for Ukrainian citizens” amid Vladimir Putin’s invasion. That echoes a similar measure Google took over the weekend, when it disabled live traffic on Google Maps after the tool and been used to track movements of both Ukrainian and Russian troops as well as civilians. Other companies including Nike and Volvo have pulled their products from Russia following the country’s brutal invasion of Ukraine.